US DOE Guidance on Section 504 and ADHD

K-12 students who struggle with attention may be entitled to support and accommodations under either the Individuals with Disabilities Education Act (IDEA) or Section 504 (of the Rehabilitation Act of 1973).  For those students whose ADHD (which we will use here to include students with attention difficulties, whether or not they include hyperactivity) has a significant impact on their academic performance, or for whom attention difficulties occur together with learning or related challenges, the IDEA is often the best way to receive what they need to be successful in school.

The IDEA generally provides more extensive services, permits more parental input, and is available to students in both public and private schools. However, not all students meet the criteria for receiving IDEA services, which include having a specific category of disability (attention generally falls under "other health impaired"), and being in need of "special education and related services." For students with ADHD who do not meet the IDEA requirements and who are in public schools, Section 504 can provide what these students need to be successful in school despite their attention difficulties. 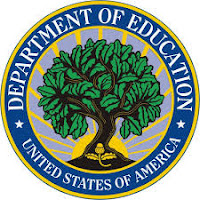 Earlier this year, the Office for Civil Rights (OCR) of the U.S. Department of Education, which administers Section 504, issued a letter to offer guidance to states and school districts about problems with the way in which Section 504 was being applied to students with ADHD. These problems included:


In addition to the extensive guidance letter (42 pages), the OCR created a brief, clear, two page document titled Know Your Rights: Students with ADHD. One point mentioned in this document, which often is raised by schools when they decline to consider a student with attention difficulties for a 504 Plan, is "Regardless of how well he or she performs in school, a student who has trouble concentrating, reading, thinking, organizing or prioritizing projects, among other important tasks, because of ADHD may have a disability and be protected under Section 504." We frequently find that schools use the excuse "but she gets good grades" or "but he is doing well on tests" when parents know that their child is struggling with attention and could learn and perform better with the accommodations and supports available under Section 504. We hope that seeing this issue set forth in black and white might help schools better understand their obligations to students with ADHD.


Posted by Susan Yellin, Esq., Advocacy and Transition Services at 11:39 AM

Email ThisBlogThis!Share to TwitterShare to FacebookShare to Pinterest
Labels: adhd, attention, IDEA, information for parents, Section 504, US Department of Education