STEM fields – science, technology, engineering, and math – have gotten a lot of press in recent years. Most notably, there’s been an earnest movement to increase the number of girls and young women who choose to engage deeply in these fields. Historically, men have been disproportionately represented in college majors and careers that depend on math and science knowledge. This tendency trickled down all the way to elementary school, where an achievement gap persists between girls’ and boys’ math achievement, beginning in first grade. New research compares data from a large cohort of children who were in kindergarten in 2011 with a similar data set gathered from the cohort of students who were in kindergarten in 1999.

The researchers who analyzed all these data were expecting – and hoping – to find that there were some significant changes not only in the math achievement gender gap over the 12 year period but also in the way teachers perceive students’ math abilities. Unfortunately, what they found in the 2011 cohort is strikingly similar to what they found in 1999. Boys continue to outperform girls, and the gap widens as children get older. For example, by the spring of grade two, when looking at the students above the 99th percentile, only one out of every five students is female. In other words, most of the top performers are boys.

In addition to this achievement gap, the researchers also found that teachers underrate girls’ performance. This means that teachers think girls are doing more poorly in math even when their scores are equal to that of boys. Girls have to outperform boys to be perceived as doing equally well. This is not a surprising finding, given prior research. It is reminiscent of a New York Times article, which references a meta-analysis of many studies. However, much of the research about the phenomenon is conducted with adults. The data garnered from this 2011 cohort confirm that the bias exists with young children as well; teachers seem just as likely as office managers to fall victim to this unfortunate bias. 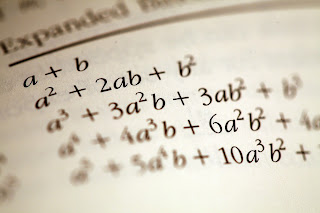 The authors of the new study, which was published in an open access journal by the American Educational Research Association so it can be read by anyone for free, have a few data-backed hypotheses about why this achievement gap appears as pronounced as ever. The first ties in to teachers’ biased perceptions. Stereotypes about girls’ math ability persist, and these stereotypes likely affect teacher ratings. Ratings, in turn, affect teacher expectations and expectations affect how teachers interact with students. For example, girls often receive less direct feedback about their math work as compared to boys. Teachers are also more likely to attribute a girl’s math difficulty to a lack of innate ability, while they believe a boy who is struggling just needs to work harder. All of these conscious and unconscious beliefs affect how teachers and parents interact with students, and those interactions can play a big role in how girls approach math and feel about their math capabilities.

In addition to stereotypes, the researchers raise the question of whether the different types of learning behaviors seen in young boys and girls may contribute to the differences they found. Boys are more likely to use out-of-the-box strategies, while girls are more likely to use familiar procedures that adhere to teacher direction. Following procedures may be helpful with early math skills, but it’s the creative, bold thinking that helps students achieve higher-level math skills. These problem solving differences are likely due, again, to the different expectations placed on girls and boys from a very young age.

It’s unfortunate that the gap and the bias persist, but despite the bit of bad news, many more girls and young women are choosing to stick with the STEM fields than ever before. Being aware of our biases and actively working to overcome them is an important component to helping girls feel confident and successful in math. Teachers who believe in their students, recognize their own potential for subconscious bias, and are motivated to overcome the achievement gap hurdle are going to help these numbers shift for the next cohort of students.