The term “peer pressure” probably brings to mind anti-smoking campaigns, gang involvement, and other aspects of life unrelated to school. But a new study suggests that the desire to fit in or impress friends may impact teens’ behavior in the classroom, too. Researchers Leonardo Bursztyn and Robert Jensen found that peer pressure affected Los Angeles high school students’ academic choices (sometimes for the better!).

Interestingly, students’ true colors showed when they knew no one was watching. When the opportunity to sign up for the course was offered in private, those surrounded by lower-performing peers were more likely to take advantage of the opportunity than when they had to sign up in front of others.

The study also suggests that peer pressure can work in the opposite direction. In honors classes, where students were surrounded by high-performing peers, sign-up rates were much higher. Since the norm in that environment was to enroll in the course, researchers believe, the teens were more likely to follow the trend and sign up, too. All these effects, as you’d expect, were amplified in students who had demonstrated a concern with popularity. 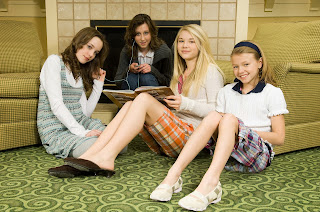 The study lends academic support to a principle that many teachers and parents have probably long known: The company kids keep has a deep impact on their behavior. Although adults can’t always dictate whom kids spend time with, they can adjust their own timing. Offering a choice to a young person when they’re in the company of friends may cause the teen to base her decision on her peers’ opinions rather than her own convictions.