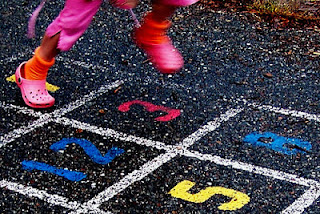 A recent study by researchers at the University of Washington looked at how boys and girls associated gender with math, and examined how these associations correlated with strength of gender identity. The study included 126 girls and 121 boys between the ages of 6 and 10 years. Using Implicit Association Tests (computerized tasks that measure strengths of association among concepts) and measures of self-report, they found that boys and girls both associated math more strongly with boys than with girls. Furthermore, boys associated "me" with "math" more strongly than did girls, and their association of "me" with "male" was stronger than was the girls' "me" with "female".

Two new findings emerged from this study. First, math-gender stereotypes which prior researchers had found widespread in adults were present even in these young children. In addition, elementary school girls showed a weaker identification with math than did boys on both kind of measures used in the study, and this gender difference was seen before the ages when differences in math achievement begin to emerge (generally middle to late elementary school).

So, what are the implications for these findings? The study authors note that because the gender differences in their study came before actual differences in math achievement, they may play a part in shaping achievement, since girls might conclude that they "don't belong" in mathematics, since it is a field for boys.

The Girl Scouts recently published a study on girls and STEM - Science, Technology, Engineering, and Math, which includes an extensive resource list of organizations providing programs and information to build girls' interest in these fields. These websites and programs can help extinguish the stereotype that the University of Washington researchers found to still be pervasive.