A review of the role of federal agencies in enforcing compliance with the Americans with Disabilities Act (ADA) by private testing agencies was recently released by the U.S. Government Accountability Office. We think the report provides a good overview of the subject of testing accommodations and makes interesting reading for those with an interest in this subject.

The review was prompted by concerns that organizations that administer such high stakes tests as the SAT, ACT, GRE, MCAT, and certification exams such as USMLE and MPRE operate without sufficient oversight by federal agencies charged with making sure they comply with the ADA. The testing organizations are required by the ADA to provide reasonable accommodations -- modifications such as extended time, use of special technologies, or special testing locations -- to enable students with documented disabilties to have full access to their tests. 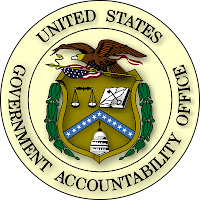 The GAO interviewed or obtained written information from most testing organizations except the Law School Admission Council (which administers the LSAT), which refused to cooperate. We don’t know why they declined to participate, but we are disappointed that they were not willing to discuss their approach to disability accommodations. The GAO also interviewed officials from a representative array of colleges and high schools, and reviewed complaints to the Departments of Justice, Education, and Health and Human Services, all of which (but primarily Justice) have some oversight of this issue.

The report noted that about two percent of the students taking high stakes examinations last year did so with testing accommodations -- some 179,000 of the 7.7 million individuals who took such tests. Of this number, about one-half were students with learning disabilities and one-quarter were students with ADD or ADHD. By far, the most frequently requested and granted accommodation was 50 percent extended time to take the exam.

The report concludes that the Department of Justice needs to take steps to better analyze the data it has available on complaints, to reach out to testing agencies, and to coordinate with other agencies such as the Departments of Education and Health and Human Services. In a statement included in the report, the Justice Department agreed with these recommendations and laid out steps they will be taking to implement such improvements.