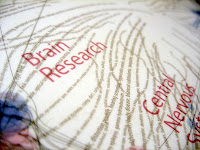 Researchers at MIT have released the results of a study that challenges the way many schools look at reading difficulties in children with low IQs. When children with average or above average IQs struggle with reading, schools have generally attributed such difficulties to dyslexia, and have provided the kind remediation that has been proven to be effective for students with dyslexia. However, when children with less than typical IQs struggle to read, their difficulties have too often been attributed to their lower IQ levels. This new study makes it clear that IQ and dyslexia are independent factors.

The study looked at 131 students from 7 to 17 years old, grouped by combinations of reading ability and IQ (typical reader/typical IQ; poor reader/typical IQ; and poor reader/low IQ), using functional MRI studies of six areas of the brain known to be involved in reading. As reported in MIT News, Professor John D. E. Gabrieli of MIT noted, “We found that children who are poor readers have the same brain difficulty in processing the sounds of language whether they have a high or low IQ.”

The authors of the study expressed the hope that their findings will accelerate effective interventions for all students who struggle with reading. As Professor Gabrieli stated to the MIT News, “Now, you basically diagnose dyslexia when a child seems miserable in school. Maybe you could intervene before they ever get that way.” The full study will be published in a future edition of Psychological Science.


Photo Used under Creative Commons by Anders Sandberg
Posted by Yellin Center for Mind, Brain, and Education at 10:33 AM