Summer is a time we can particularly appreciate getting out of our usual routines to enjoy the pleasures of the countryside, or the beach, or nearby parks. But there is more to these beautiful places than what meets our grateful eyes. Researchers have long documented the benefits the natural world can bring to our moods and our capacity for attention. 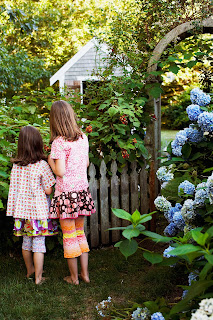 An article in a recent issue of the Observer, the magazine of the Association for Psychological Science, looks at the impact of the work of Stephen Kaplan and colleagues at  the University of Michigan. The article is well worth reading in its entirety. Kaplan first reported his findings over 20 years ago, noting that exposure to  natural settings had a substantial positive impact upon the brain's ability to focus -- the aspect of attention that researchers call voluntary attention. This restoration of voluntary attention in individuals who are fatigued is similar to the kind of improvement seen from sleep but can be obtained by simply taking a walk in a park or sitting in a garden.

Another benefit of exposure to the natural world is improvement in mood. Frances Kuo and William Sullivan , who were researchers at the University of Illinois, took Kaplan's findings and hypothesized that if people were less fatigued after spending time in natural settings, and if fatigue contributed to moodiness and aggression, than those who had exposure to nature might be tend to be less aggressive. They studied residents of urban housing developments who looked out on either greenery or barren urban settings and determined that those who were exposed to greenery demonstrated less aggression and impulsivity.

There is less clear evidence on the benefits of virtual nature -- viewing videos or watching television shows featuring natural settings. But it certainly seems clear that taking a trip to the beach, the mountains, or even a walk in a nearby park in the middle of a busy work day, can have important positive benefits for us all.
Posted by Yellin Center for Mind, Brain, and Education at 11:33 AM

Email ThisBlogThis!Share to TwitterShare to FacebookShare to Pinterest
Labels: attention