How Learning Interventions Can Change the Brain

For much of the last decade, scientists using functional magnetic resonance imaging have demonstrated that areas of the brain associated with reading can show increased activity in individuals who have been exposed to effective reading interventions. Shaywitz and others have explained their findings in such accessible books as Overcoming Dyslexia, which includes examples of brain images of individuals before and after reading interventions. 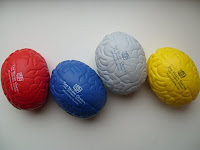 A fascinating study by Thomas Keller and Marcel Adam Just of Carnegie Mellon University's Center for Cognitive Brain Imaging that appears in the December 10, 2009 issue of the journal Neuron takes this kind of neuroimaging a step further, using the diffusion tensor imaging (DTI) process to look not just at discrete areas of the brain but at the crucial connections between such areas. This "white area" of the brain contains the pathways that make higher order thinking possible. As the authors note, "Although the basic computing power of the brain surely lies in individual neurons, it is only in their collective action, made possible by white matter connectivity, that enables the multi-centered large-scale brain networks that characterize thought."

The study involved three groups of eight to ten year olds. 35 poor readers received reading interventions. 12 poor readers did not receive any reading instruction beyond regular classroom lessons. And 25 good readers also received no specific interventions. The study demonstrated clear increases in connective matter only in the students receiving the interventions. The study authors raised the question of whether the increase in brain connections or the improvement in phonological decoding ability came first -- but suggest that it is also possible that such changes develop interactively, "as one might expect in a dynamic system such as the brain".

This is one more in a series of exciting scientific windows into the complexities of learning and the brain. By keeping abreast of the latest imaging techniques and what they can tell us about learning, we can better focus remediations and strategies to help all kinds of learners expand their skills.
Posted by Yellin Center for Mind, Brain, and Education at 12:22 PM