Looking at the Election Through the Lens of Time

One of the interesting things about having written this blog for eleven years, starting in August 2009, is that we can sometimes look at a topic through the lens of time, seeing what we thought and wrote about something over the course of a number of years.

As we thankfully put the first Presidential Debate behind us and as many folks around the country have begun to vote, by mail or through in-person early voting, we took a look back at some of the blogs we have written about past presidential elections.

In 2012, we wrote about bringing your child with you when you vote, something we took very much for granted at that time. We also directed teachers to the resources about elections on the TeacherVision site, including charts and printables. In 2016, we shared information about iCivics, founded by former Supreme Court Justice Sandra Day O’Connor, with the goal of transforming civic education for every student in America with innovative, truly engaging games and resources. In 2020, iCivics has a Guide to the 2020 Election, including a countdown clock to Election Day and a guide to the Presidential Debates, along with games, including Win the White House.

One issue which is new to this tumultuous election is how to vote safely and securely in the midst of a pandemic and political upheaval. All but the youngest children are likely to have heard about the pros and cons of voting by mail and all of us have been urged to make a plan for how we will vote. This can be a good conversation to have with your children. Talk about how voting used to be almost exclusively in person on election day and discuss the options this year for voting in person, on election day or during an early voting period, or voting by mail. Have a conversation with your children about how you plan to vote this year and why. Your blogger remembers entering the voting booth with her parents and, in turn, bringing her own children to vote with her when she was a young parent. While this isn't a safe option this year, we look forward to a time when it is again a routine part of parenting and civic education. 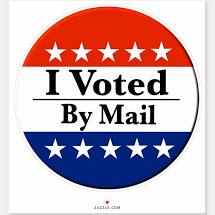 Posted by Yellin Center for Mind, Brain, and Education at 10:51 AM