College Readiness and Success in NYC

We have just had the opportunity to review a new report from Graduate NYC (GNYC), a citywide initiative dedicated to increasing college readiness and completion rates throughout the City, which shares information on some exciting progress and initiatives, especially those focused on students who are from low income families, who are the first in their families to attend college, and/or who are students of color.
This report was of particular interest because your blogger has spent time with graduating NYC high school students at the Hillside Arts and Letters Academy at an annual program where students are "interviewed" by adults in a profession they are considering, as if they were applying for their first job. Many of these students are from families recently arrived in this country and are the first in their families who will be attending college. Thanks, in part, to the programs discussed in the GNYC report, almost all of the students I have had the privilege of speaking with over the past several years planned to enroll in college; others planned to join the military or attend trade schools. And almost half of last year's graduating class were accepted to CUNY two or four year schools. 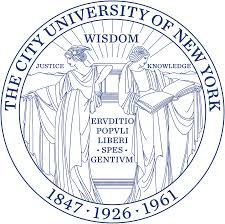 City-wide, the GNYC report notes that 57% of NYC high school graduates who plan to go to college enroll in a CUNY school -- 30% in a two-year program and 27% in a four-year program. Students who are headed to a CUNY school have opportunities to get a head start, with programs like the Early College Initiative and the College Now program that facilitate academic momentum and allow students to accumulate college credits even before they start college.
Still another barrier to college success that is being dismantled and which is discussed in the GNYC report is the cycle that students with learning disabilities often encounter when they are caught up in a loop of remedial coursework which they need to pass before moving on to fully matriculate. The Math Start program is a highly supportive, flexible program that allows students to gain the knowledge they need at a minimal cost so that they can move ahead to start regular coursework.
Any student and their parents considering enrollment at a two or four year CUNY program should definitely review the GNYC report for a deep understanding of the supports and programs that have been put in place to foster student achievement and help students enrich their education, graduate on time, and move on to a successful future.