A recent social media post from a relative in Florida lamented his son's early school start time. "Somebody has to get on the bus way too early. Middle school boys were like a pack of zombies lingering around the bus stop staring at their phones," he noted. "It will be nice when we change the clocks and I won't have to turn on the outside lights when he leaves the house in the morning." 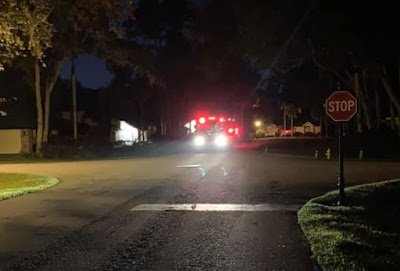 But light or dark [and remember that this Saturday night we turn our clocks back one hour, so it will be lighter in the morning -- but will get dark as early as 4:30 pm later in November and even earlier in December], there is nothing to be done about the shorter days that winter brings.

What can be addressed, and what California has decided to do over the next three years, is change the start time of school for students. A new law mandates that most middle and high schools in California begin not earlier than 8 and 8:30 a.m., respectively. The law contains exemptions for some rural schools and its gradual implementation is designed to allow time for new teacher contracts to reflect the change in schedules.

We have written numerous times about the need for adequate sleep for children of all ages; just search "sleep" in the subject box on the right-hand side of this post. Many of our discussions of sleep are based on research referenced by our colleagues at The American Academy of Pediatrics, that


“ [it is] ... clear that adolescents who get enough sleep have a reduced risk of being overweight or suffering depression, are less likely to be involved in automobile accidents, and have better grades, higher standardized test scores and an overall better quality of life. [In addition] studies have shown that delaying early school start times is one key factor that can help adolescents get the sleep they need to grow and learn.”

As California implements its new policy and researchers examine the impact on student health and achievement, they will also be looking at the economic issues involved in this major state-wide shift. We will continue to follow this issue as it evolves over the next several years.

Posted by Yellin Center for Mind, Brain, and Education at 1:05 PM