Your blogger had the opportunity to attend a professional open house last week at Gillen Brewer School, a special education school for young children located in Manhattan's Upper East Side. The school serves children from just under three years of age through age 10, in ungraded preschool and elementary classes. The staff and the school itself were most impressive and the education and support offered to the students clearly met each child at his or her own level and worked to make them more independent and to help them learn.

Gillen Brewer was founded to serve children with challenges with speech and language, gross and fine motor skills, learning, and sensory and social-emotional development. As the Head of School, Donna Kennedy explained to our visiting group, the children at Gillen Brewer "need adult support around functional use of skills." In addition, the school believes in the importance of partnering with parents and families and offers workshops and events through its School-Home Partnership Program.

The school provides that support for its students with numerous speech and language pathologists, occupational therapists, and doctoral level psychologists (five of each profession, for a student body of less than 100 children), as well as special subject teachers. Students come to Gillen Brewer (named for the grandmothers of the founders) with a variety of challenges and functional levels and the school offers two class models for its elementary students. Those students with more significant impairments, including those who lack functional communication and who need augmented communication devices, are served in a class of not more than six students, with one head teacher and two assistant teachers. Those students who have functional language and need adult support to communicate not more than around 30 percent of the time are served in a slightly larger class of up to 10 students, with one head teacher and two assistant teachers.

Among the students Gillen Brewer serves are those with medical issues (the school has three nurses on staff, to enable them to serve students who are nurse dependent) and those with mild to moderate autism, although Ms. Kennedy noted that the school does not utilize the ABA approach with its students with autism and that those students they will serve best will have mostly speech and language deficits. The school cannot serve students who are explosive or whose issues include aggression, wandering, or “running away.”

Such intensive support and remediation does not come cheap and the school is seeking to add a legal parent advocate position to assist its families and their attorneys with obtaining reimbursement from public school districts via Carter funding. In addition, the school will endeavor to offer Connors funding where parents are unable to lay out tuition while they await reimbursement, something they believe is important to their mission to maintain a diverse student body. Gillen Brewer no longer accepts referrals directly from school districts as an approved nonpublic school, although students who were enrolled by their districts are still "grandfathered in" to this status. The issue, one faced by most private approved schools, is that the difference between what New York State will pay them and their actual costs is significant and cannot be sustained by the school long term. 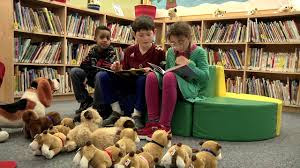 One good way to get a sense of how Gillen Brewer advances its mission is to view some of the videos on its YouTube channel. They showcase a school and staff dedicated to improving the life of students with significant challenges.
Posted by Susan Yellin, Esq., Advocacy and Transition Services at 12:30 PM