We know from a vast amount of psychology literature that people are chock-full of biases, which impact our judgments and behaviors. For example, gamblers use both winning streaks and past losses to support the likelihood of future winnings, despite the laws of probability that contradict both theories. People may, for safety reasons, choose to drive rather than fly despite the greater preponderance of lethal car crashes than plane crashes. In making decisions about with whom to associate, people tend to deem out-group members to be more similar to one another than in-group members. The list goes on and on.

A study released earlier this year suggests the importance of being wary of such limitations and biases as they play out in classroom settings. Researchers analyzed five years’ worth of student evaluations of teaching (SET) from thousands of students about hundreds of instructors at a French university. They also applied rigorous analyses to the data from a 2014 study that looked at SETs from an American online course in which the students were, depending on which group they were randomly assigned to, told the instructor’s gender (which was only sometimes true). Interestingly, there was no statistically significant correlation found between SETs and actual student performance on anonymously graded finals. There was a statistically significant finding, though: male instructors, or those perceived to be male, were rated more highly than female instructors. 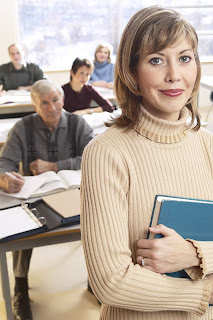 The conversation about gender bias in education is not new. However, much of the research done has focused on teacher biases as they relate to, and impact, students. Now we see that it is a bi-directional issue. As in all contexts, it is important to identify and be aware of biases as a first step in minimizing them or guarding against their being accepted as unquestionable truths.

The question of what may be a better, or the best, means of evaluating teacher effectiveness is an important one. This continues to be debated and opinions will continue to shift as new information comes to light. For example, the finding reported earlier this year that erroneous scores were used to link student performance to teachers has raised some eyebrows higher over one particular method. Finding an A+ means of grading teachers is certainly not easy. It is a worthy pursuit for continued exploration, but in the meantime, teachers should focus on using the best methods at their disposal for bringing out the best in their students.

Despite the many impressive things our minds allow us to do, clearly people are far from perfect in forming assessments.
.