While we were busy this past spring, we missed the release of important data from the U. S. Department of Education on chronic absenteeism in our nation's schools. The data was collected  "from nearly every public school in the country ... to help ... understand who is chronically absent, at what grade levels chronic absenteeism tends to occur, and how chronic absenteeism compares community-by-community and state-by-state." It is presented in an accessible, interactive web format, enabling readers to clearly view, for example, how students with disabilities are more likely than most to be absent, while those who are English language learners have fewer than average absences. 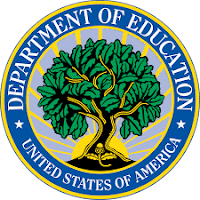 We've looked at this issue before, especially at how frequent absences can be a particular problem for children living in poverty.

The newly released data found that 13% of American children -- 8 percent of all students -- missed 15 or more days in 2013-14, the period in which this data was collected. This adds up to a loss of 93 million school days! It should be noted that, although this data is several years old, the interactive report has been updated and corrected in several places.

The report notes that "the reasons for chronic absenteeism are as varied as the challenges our students and families face—including poor health, limited transportation, and a lack of safety—which can be particularly acute in disadvantaged communities and areas of poverty." Furthermore, frequent absences can impact the acquisition of early academic skills in young children and with a higher likelihood of dropping out of high school in older students.


Posted by Yellin Center for Mind, Brain, and Education at 11:35 AM