All That Isn’t Gold May Not Glitter

With the Olympic torch having been extinguished on Sunday, the athletes are now home with their medals. What do they see when looking at the glistening bronze, silver, or gold? The answer may be somewhat counterintuitive. 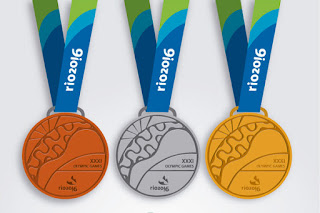 While we would generally think of second place as being a more desirable ranking than third place, silver medalists tend to exhibit less happy responses to their Olympic results than bronze medalists. So close to the gold, they are inclined to focus on what they did not achieve; whereas bronze winners are confronted with being so close to not having won any medal at all, and thus tend to be more satisfied with their results. The differences in silver and gold winners’ responses are marked, whether revealed by self-report, observation, or even careful examination of the facial muscle movements and eye positions that differentiate polite smiles from genuine ones.

In one interesting study, college students were contacted immediately after receiving an exam grade and asked to write down any counterfactual thoughts that came to mind. In other words, they were to list anything that might have occurred differently that would have resulted in a different grade. The more they thought about how they might have done better, the more they changed their study habits and improved their performance in the future. Counterfactual thinking, it seems, can be a helpful academic tool in the long run, even though it may be unpleasant to go through the "If Onlys" at the time.

While counterfactual thinking may be why a silver medalist is disappointed, it may also be why he or she has been able to succeed to the point of becoming an Olympic athlete to begin with, and with many triumphs along the way. Counterfactual thinking, in healthy moderation, could help nurture the growth of Olympic students as well.
Posted by Lindsay Levy, Ed.M. at 9:36 AM