A report issued last week by the U.S. Government Accountability Office (GAO) found a significant increase in the number of public K-12 schools in the U.S. with students who are poor and mostly Black or Hispanic. 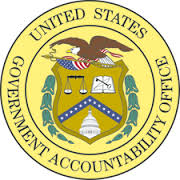 The report, requested by the House Committee on Education and the Workforce, was released on the 62nd anniversary of the landmark U.S. Supreme Court decision in Brown v. Board of Education which determined that "separate but equal" education based upon race was a violation of the Constitution and established the principle that access to public education is a right that must be made available to all on equal terms.


The GAO looked at data from the U.S. Department of Education for the school years from 2000-01 to 2013-14 (the most recent data available), and found that the percentage of  K-12 public schools that had large numbers of poor and Black or Hispanic students grew from 9 percent (7,009 schools) to 16 percent (15,089 schools) during that time. In addition, these schools, where 75 to 100 percent of the students were Black or Hispanic and were also eligible for free or reduced lunch (a commonly used indicator of poverty), offered fewer math, science, and college prep courses compared to other schools and had higher rates of students being retained in ninth grade, suspended, or expelled.

When viewed in terms of individual students impacted, the number of students attending such schools more than doubled during the period the GAO examined, increasing by about 4.3 million students, from about 4.1 million to 8.4 million students.

One goal of the GAO study was to determine whether the data compiled by the Department of Education and by the Justice Department, which reviews discrimination claims and monitors and enforces close to 200 open federal desegregation court cases to which it is a party, is collected and used in ways that effectively enable these agencies to identify and address issues related to racial discrimination in schools. The answer to that question is best found in the title of the GAO report: Better Use of Information Could Help Agencies Identify Disparities and Address Racial Discrimination.
Posted by Yellin Center for Mind, Brain, and Education at 10:31 AM