We've written before about the well-known "marshmallow test" conducted at Stanford University by Professor Walter Mischel and colleagues in the late 1960s and early 1970s to test the self-control of four-year-olds. After building rapport with the subject, the researcher would place a marshmallow (or another treat) and a bell on the table and explain that she had to leave the room for a few minutes. If the child waited until she returned to eat the marshmallow, he could have a second one. If, however, he could not wait, he was allowed to ring the bell and bring the researcher back, then eat the single marshmallow right away. Fifty years of following the subjects indicated that those who were able to wait earned higher test scores, demonstrated better stress management skills, and were even more physically fit than the kids who simply had to have the marshmallow. 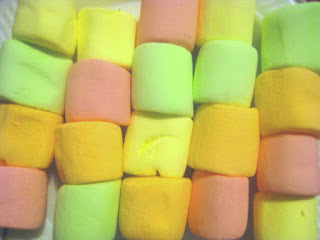 Self-control is great to have, but can it be taught? Researchers say yes. According to Florida State professor Roy Baumeister, self-control is a bit like a muscle. This is great news because it means willpower can get stronger with exercise. The analogy probably makes sense to a lot of parents and educators, who have observed that, over time, many children get better and better at resisting impulses and being patient.

However, self-control is like a muscle in another way, too: Using it is fatiguing business. A person who devotes a great deal energy toward using self-control is likely to run out of will-power. Imagine an adult struggling to control her emotions during a stressful day at work, then returning home to the temptation of a slice of cake that is not part of her diet plan. Resisting the cake will be much more difficult than it might have been after an easy day at the office.

So how do adults help kids build the strength and endurance of their self-control? Several strategies employed by the four-year-old subjects of the marshmallow test in the heat of desperation are remarkably effective. One, distraction involves taking one’s mind off the temptation by thinking about other things. During the test, some children sang songs or looked away from the marshmallow while waiting. Another, distancing, means separating one’s self from the temptation, either physically (one boy in the test moved the bell to the other side of the table) or by using one’s mind (some children imagined that the marshmallow was only a picture instead of a real, tantalizing treat).
Both of these tactics would work well for anyone, but they could be good places to start with young children. For example, it may be easier for a child to listen during circle time instead of giggling with her friend if she chooses not to sit next to her friend (distancing). Another child might use distraction to wait patiently in line for a movie ticket by challenging himself to count the number of shoes he sees in line ahead of him or making predictions about the movie.

Ready for a more advanced approach? Dr. Mischel  explains that all humans have two systems that he refers to as “hot” and “cool.” The hot system is emotional, stress-induced, fast-acting, and simple. Our fight-or-flight impulses both draw from the hot system. On the other hand, the cool system is slow, reflective, and responsible for self-control. Mischel suggests teaching people to use the cool system in the moment while simultaneously “heating” the goal toward which they are working. A student struggling to buckle down and get his homework done now so that he can enjoy some videos later might spend a few moments reminding himself that, realistically, the homework won’t take all that long (cooling) and thinking about how good it will feel to relax, worry-free, in front of the computer when his work is done (heating).

One caveat to all this is that self-control is more complex for children living in stressful environments. For example, those who have a hard time trusting authority will find it especially challenging to resist their impulse to do what feels good now, even if an adult assures them that delaying gratification is worth it. Also, they may be depleted from being in a stressful home each morning before school so that it is more challenging to muster the strength to exercise self-control in the classroom. These children use the “hot system” much of the time.

Background aside, self-control is easier for some people to master, just as some people build muscle more easily than others. For those who struggle, making both the progress toward the goal and having the goal itself visible can help a great deal. We like checklists that allow students to see that they are getting ever closer to completing a project or finishing their work for the evening. A young person trying to lose weight might try writing his goal weight on an index card that he places next to his plate at meals to remind him to choose healthy foods.

Learning self-control is empowering, and kids will find their efforts even more rewarding if adults commend them for progress made. No one likes to feel that they are out of control, so helping young people to build willpower may lead to both better life outcomes down the road, and happier, more positive kids in the short-term.