The New SAT - Part III of our Series

Today we present the third part of our four-part series on changes to the SAT, which we began last week with an examination of how the revised test reflects the controversial Common Core State Standards. Part II discussed  how test-taking strategies will be (somewhat) less important in the new exam and on minor changes in the reading sections. Today's post will examine changes to the writing and math sections and discuss the importance of reading to all aspects of the test. The final post of the series will give our recommendations as to what to do about the changes to the SAT, including registering by December 28, 2015 to take the last sitting of the old version of the SAT on January 23, 2016.

Writing Section is Optional, but Get Ready to Read

One of the biggest differences between the new test and the old one is that the writing section is now optional. This means a return to the old 1600-point scale, with an additional 800 points possible for an excellent essay. An elective writing portion is great news for both students who struggle to compose a strong essay under time constraints and those who feel fatigued after a long day of testing. While the old test took three hours and 45 minutes to complete, without the essay section the new test will take three hours. Those who wish to write the essay will sit for an extra 55 minutes.

Students who opt to try the essay in hopes that a strong score will wow colleges should know that this portion of the test is just as much about reading as it is about writing. Test-takers must read a passage - samples provided by the College Board are between 650 and 700 words - and then write an evidence-based essay (meaning that it makes specific references to the passage) explaining how the author “builds an argument.” In the past, students were scored on their ability to present and explain their own stance inspired by a reading passage; now they must critique someone else’s work, leaving their own opinions and conclusions out of it and merely presenting facts. Since reading critically goes a step beyond basic comprehension, it’s safe to stay that a student’s shaky reading skills will likely impact his or her writing score.

Virtually all college applications require at least one essay, so students who wish to showcase their writing skills will certainly have other chances to do so. Those who benefit from the drafting process may want to skip the SAT’s essay and concentrate on submitting a polished, outstanding application essay instead.

In addition to lots and lots of algebra, students will find more trigonometry and statistics on the new SAT and less geometry. Although statistics is generally not a popular course for high school students, it is a concentration that’s built into the math curriculum across grade levels in schools that have adopted the Common Core State Standards, so students who study CCSS-aligned curriculum should find the content familiar. But young people who don’t get as far as trigonometry will suffer. The more math courses a test-taker has under his or her belt, the better, so those who didn’t begin algebra until high school will be at a disadvantage.

Reading plays a large role in the math portion of the test, too. Instead of simply asking students to solve equations, many math problems on the SAT require them to analyze mathematical situations described in passages. Alternatively, some questions are comprised of fairly short statements about equations, but each answer choice is presented as a dense sentence. Students may wish to practice underlining and making notes while reading word problems to help narrow their focus to the essential elements presented. 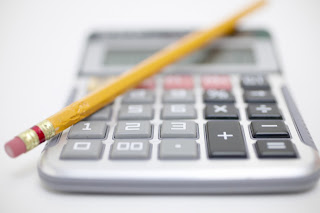 Many students in high-level math courses have become accustomed to using calculators for every problem; teachers often reason that the students’ primary job at that level is to wrestle with complex concepts and not arithmetic. But calculators aren’t allowed on one of the math sections of the new SAT, so students would do well to leave these tools in their backpacks during the occasional homework assignment to remind themselves how to tackle equations by hand. Those who have lost some fluency with simple math facts may find that performing these rusty skills the old-fashioned way drains mental energy they need to work through complex problems on the test. Practice will help.
Posted by Beth Guadagni, M.A. at 8:38 AM