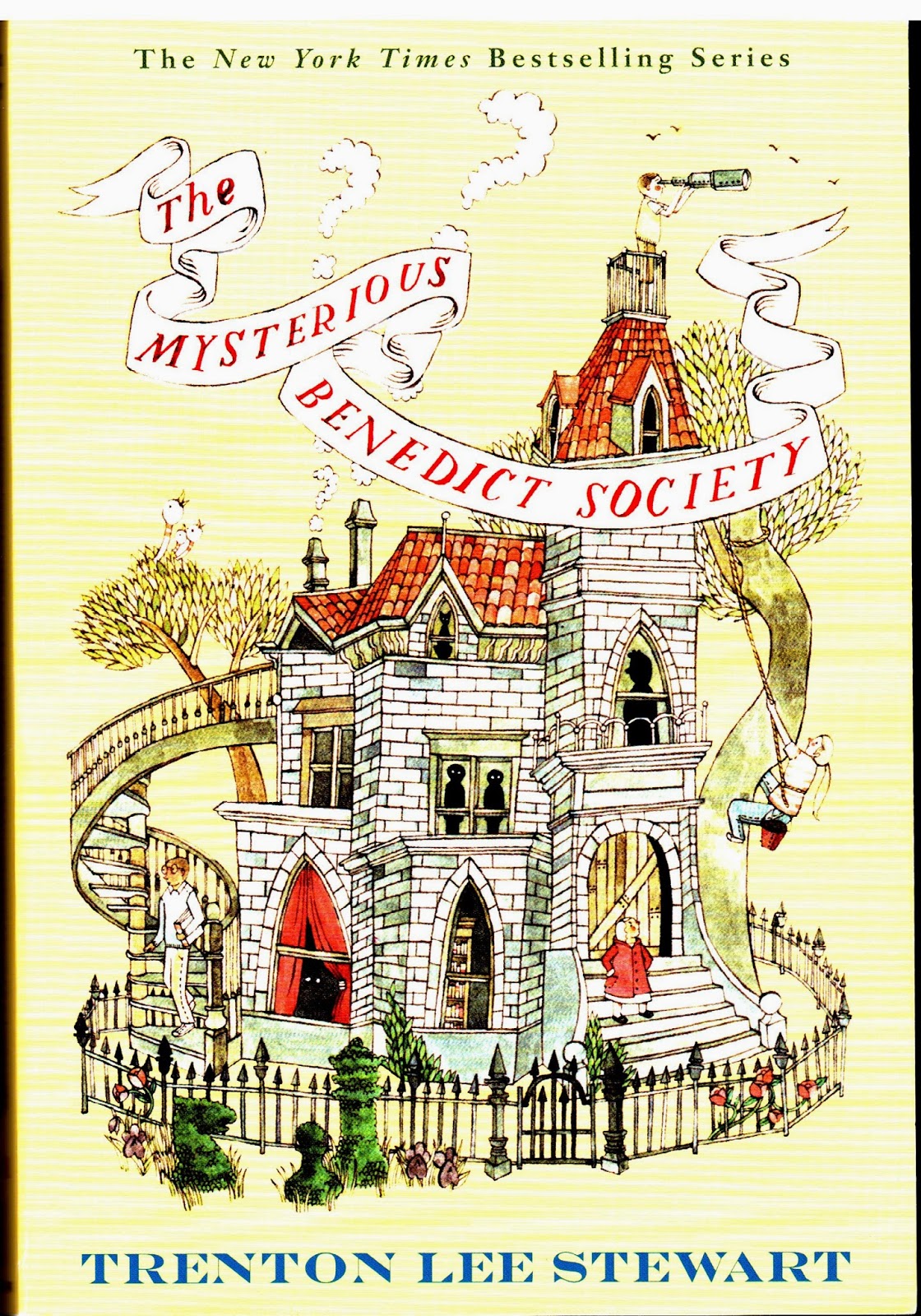 Plot: Brilliant orphan Reynard “Reynie” Muldoon is lonely and misunderstood at the Stonetown Orphanage, so he’s ecstatic about an advertisement he sees in the paper: exceptionally talented children can take a mysterious test with exciting (though unspecified) outcomes if they pass. Reynie triumphs over each of the exam’s delightfully tricky phases (readers will enjoy trying to solve the riddles alongside him) and finds himself teamed up with three other loner misfits who have also passed. Three of the four children are clearly gifted, though in different ways. Reynie’s strength is his ability to think logically. George “Sticky” Washington earned his nickname because any information he comes across sticks in his formidable memory. Kate Wetherall is brave, enormously athletic, and displays a MacGyver-like skill for turning just about anything into the perfect tool to get her out of a jam. The gifts of the fourth member of the team, tiny Constance Contraire, are less obvious. She is rude and argumentative, and while the other three become fast friends, they’re all a little puzzled by her inclusion on their team. But Mr. Benedict, their kindly, if narcoleptic, benefactor and organizer of the test, assures them that she is essential to their mission. The children learn that they are to be sent to nearby Nomansan Island as spies to attempt to foil the evil Mr. Curtain’s fiendish plot to (what else?) take over the world. The self-dubbed Mysterious Benedict Society has to draw on every bit of strength, cunning, and grit it can muster in this delightful adventure.

Our Take: Most kids love to read books starring child geniuses, and books about spies, and this entertaining mystery is sure to please. Though there are a few places where it seems to drag a bit, for the most part the plot is exciting, fresh, and unpredictable. Kids will love this book for the story and kooky, memorable characters. Parents and teachers will love it for the way it extols the importance of intelligence and moral values and teaches vocabulary. Some of the rich wordplay is embedded in the text, but some is explicit - and very palatably so. For example, when Kate confesses to Reynie that she doesn’t know the meaning of “ignominious,” she is offended by Reynie’s reply of “Shameful!” until he hastily explains that he was defining the word for her. The book is filled with humor, some of which is obvious and some more understated. The numerous puns were one of our favorite aspects of the novel; parents should be ready to point them out, as some may be too subtle for some kids to recognize immediately. The evil Mr. Curtain (whose first name is Ledroptha – fitting, since he hopes to “drop the curtain” on the world when he unleashes his devious plan) has set up shop on Nomansan Island (i.e. no man’s an island). One of Mr. Curtain’s henchmen is a huge, hapless youth named S.Q. Pedalian, who is just as tall as his sesquipedalian-eque name suggests, and who frequently uses long words, though often incorrectly. Constance’s last name, Contraire, highlights just how very contrary she can be. Throughout the book, we delighted in the way the four children learned from each other, absorbing both knowledge and important lessons about bravery, friendship, family, multiple intelligences, and teamwork. And readers will learn along with them as they turn each enjoyable page.

Good to Know: The Mysterious Benedict Society is the first of a four-part series. Young geniuses will also enjoy Mr. Benedict’s Book of Perplexing Puzzles, Elusive Enigmas, and Curious Conundrums. And what best-selling series would be complete without a webpage? Visit for more information about the books, their characters, and the author, as well as some brain-bending games.
Posted by Beth Guadagni, M.A. at 9:00 AM