Six Ways to Prompt Students to Think Critically About Text

Here are a few suggestions of concrete ways to prompt the student(s) in your life to look beyond the surface-level meaning as they think about a text. Even very young readers can take advantage of these ideas with plenty of scaffolding and suggestions during conversations. Allow older readers to ponder and discuss their ideas with less support. Remember that a “text” needn’t always be a novel; it can refer to a poem, short story, article, song, letter, advertisement, picture book… 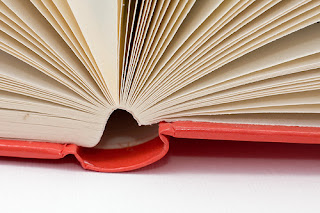 Encourage students to think of situations that remind them of the text. These can range from personal experiences to world events.

“The story in The Lorax is like what is going on in many rainforests around the world. Trees are being cut down, and species are losing their habitats and being driven to extinction.”

Prompt students to think about which universal truths or themes are explored in the text.

“Gatsby couldn’t forget about Daisy, the way it is always hard to forget ‘the one that got away.’ He had always been insecure about who he was, and felt he wasn’t good enough for Daisy. Because of this lack of confidence, he arranged his whole life to shape him into the kind of person she could be with.”

Ask students to reflect on the emotions the text made them feel. Be sure to prompt them to pause throughout the reading process so that they can track how their emotions change as the text progresses.

“I felt many conflicting emotions at the end of A Tale of Two Cities. I was touched that Carton would sacrifice himself and pleased that he had found goodness within himself that he didn’t know existed. At the same time, I was very sad that he was going to be executed. Still, his sacrifice meant that Darnay and Lucie would get to be together, which made me happy.”

Challenge students to consider why did the author/creator made certain choices in writing the book. Consider its format, language, setting, etc.

“At first, the format of The Color Purple made it difficult to read, and all the spelling and grammatical errors made me think that Celie wasn’t very smart. But later, I realized she was actually very wise, and I really liked reading her thoughts in her own words because it seemed so much more authentic.”

Can students think of books, movies, songs, poems, etc. that bear similarity to the text being studied?

“Aslan is a Christ-like figure in The Lion, the Witch, and the Wardrobe because he allows himself to be killed by the evil witch in order to save Peter, Edmund, Susan, and Lucy. Just like in the Biblical story, he comes back after everyone thinks he is dead and gone forever.”

Ask students whether they think the text was effective. Did it convey the author’s/creator’s point? Might it have been improved?

“The Rosie the Riveter ads are well done because they make women look powerful, which would encourage American women in the 1940s to join the war effort. Her face is tough, but still feminine enough that women would believe that she was similar to them.”


Image used under Creative Commons by Horia Varlan
Posted by Beth Guadagni, M.A. at 11:48 AM