The Value of Play 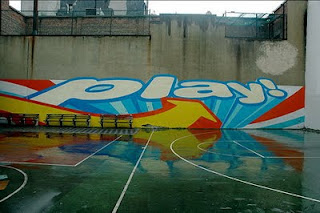 For many children, summer means trading in structured school days for equally structured days at camp. Concerned parents worry that “just playing” the summer away is a waste of their child’s time, and instead plan three months’ worth of enriching activities in a variety of settings. In a recent article for Education News, writer and consultant Julia Steiny combats that notion, instead making the case that play is a critical foundation for later learning.
Steiny references psychologist Susan Linn’s The Case for Make Believe: Saving Play in a Commercialized World, which argues that play is, in fact, pretty serious business. Linn makes a distinction between being entertained by hours of screen time and engaging in creative play. Interaction with one’s environment, Linn argues, defines real play, giving children “the opportunity to learn invaluable skills – to immerse themselves in experience, solve problems, create possibilities where non exist, learn what it’s like to be someone else, and make something new from that which already exists.” Working on these “skills” may feel like fun for kids, but it also allows them to rehearse important processes involved in thinking and learning.
Media like movies, television, and electronic games “invite only imitation” according to Linn. Their effects can be seen even in unstructured play time, when children take on prescribed roles and reenact familiar sequences instead of engaging in curiosity- and creativity-driven play. Girls play at being Princess Jasmine and Belle, and boys take on the role of characters from Pokémon or fight off invaders with light sabers. Even games marketed as “interactive” don’t allow for much creativity; they provide children with pre-determined choices so that they bring nothing of themselves to the game. As Steiny points out, “No matter how different each Sim city might look, they all still look like Sim city.”
All of this provides children with fewer opportunities to begin building important academic and social skills, according to Linn. “Most child development experts agree that play is the foundation of intellectual exploration,” she writes. “It’s how children learn to learn. Abilities essential for academic success and productivity in the workforce, such as problem solving, reasoning, and literacy all develop through various kinds of play, as do social skills such as cooperation and sharing.” 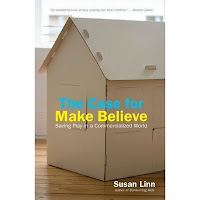 Steiny recommends turning off electronics and scheduling play dates and trips to the park this summer instead. For parents seeking inspiration, she notes that Linn provides numerous ideas in her book for healthy, genuinely interactive activities and materials to offer children. Just playing, it seems, may be the most productive work children can do before September.
Top photo used under Creative Commons by Ben Britten
Posted by Beth Guadagni, M.A. at 8:38 AM