A fascinating interview with cognitive neuroscientist Dr. Ellen Bialystok appeared earlier this week in the New York Times. Dr. Bialystok and her team of researchers looked at how being bilingual impacts not just language acquisition and development, but other aspects of brain function as well. In addition to finding that being bilingual appears to slow the onset of symptoms of Alzheimer's disease, they found that being bilingual had a positive impact on executive function skills -- those skills that help all of us manage the many tasks we do every day. When students struggle with executive function, they can have difficulties managing their school papers and personal belongings and staying on top of assignments and deadlines. 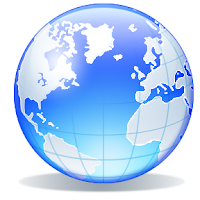 Individuals who are experienced at simultaneously processing two languages also turn out to be better at multi-tasking in ways beyond language. When researchers looked at adults who were using a driving simulator and also using devices such as cellphones (don't try this on the road!), they found that those who were bilingual had less impairment in their driving skills than individuals who only spoke one language.

Dr. Bialystok cautioned that just knowing a second language or even using it occassionally does not bring the same benefits as being truly bilingual. For the kinds of positive impacts she and her team have noted, individuals must truly use two languages interchangeably. It seems as if the practice with moving back and forth between the languages actually appears to rewire the way the brain works -- and that these changes can be documented by brain imaging studies.

For parents considering whether to take advantage of an opportunity presented by family members or caregivers to raise a bilingual child, The American Speech-Language-Hearing Association notes that language problems are no more likely to occur in children who are bilingual than in monlingual children. So, whether it is your French speaking nanny, your Spanish speaking spouse, or your employer's offer to transfer you and your family to China for a year, you may want to consider the positive impacts of introducing another language into your child's life.
Posted by Yellin Center for Mind, Brain, and Education at 3:30 PM

Email ThisBlogThis!Share to TwitterShare to FacebookShare to Pinterest
Labels: languages