Dr. Gene McMahon, former Director for the New York Institute for Special Education and presently an educational consultant and partner in the McMahon Advocacy Group, passed along an interesting article appearing in the Hechinger Report.

The article looks at research comparing how schools in Finland deal with students who are struggling in school. Finnish schools do not require formal identification or labels in order to begin offering extensive services. At all points along the way, Finland's handling of students with learning problems is more flexible and the end result is improved results over the bureaucratic U.S. system. Of course, it is important to keep in mind the differences in size and homogeneity between the two countries. Still, this is yet another argument for implementing such practices as Response to Intervention in U.S. schools, where students are offered supports as soon as they begin to have difficulties, rather than the older "waiting to fail" model where students needed to be substantially behind their classmates before they could be considered for special education and related services. 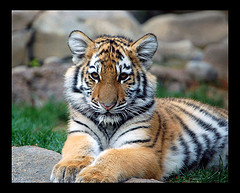 We have been intentionally staying away from the "Tiger Mom" controversy triggered by a new book by Yale law professor Amy Chu, Battle Hymn of the Tiger Mom . Parenting is tough enough without supporting -- or criticizing -- any one mode of parenting over another and is even more complex when cultural and ethnic differences are added to the equation. So we were pleased to see an article in Scientific American looking at  whether the propositions laid out in Professor Chu's book, which have been described as some as harsh parenting, are supported by science. The article includes an interview of Professor Laurence Steinberg of Temple University who has studied different parenting styles among various American cultural groups. Not surprisingly, Professor Steinberg notes that some of the methods espoused in Amy Chu's book are supported by research and some are not. But we like the fact that this piece throws light, not the heat of controversy, on this much discussed current topic.
photo credit: digitalART2 at Flickr.com
Posted by Yellin Center for Mind, Brain, and Education at 9:42 AM